As is often the way, you start a post without realising that it is part of a series of posts – as with the first in this series.  That one – Entification, and the next in the series – Beacons of Availability, together map out a journey that I believe the library community is undertaking as it evolves from a record based system of cataloguing items towards embracing distributed open linked data principles to connect users with the resources they seek.  Although grounded in much of the theory and practice I promote and engage with, in my role as Technology Evangelist with OCLC and Chairing the Schema Bib Extend W3C Community Group, the views and predictions are mine and should not be extrapolated to predict either future OCLC product/services or recommendations from the W3C Group. 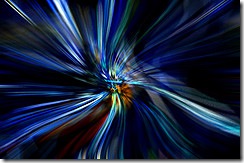 Libraries, probably because of their natural inclination towards cooperation, were ahead of the game in data sharing for many years.  The moment computing technology became practical, in the late sixties, cooperative cataloguing initiatives started all over the world either in national libraries or cooperative organisations.  Two from personal experience come to mind,  BLCMP started in Birmingham, UK in 1969 eventually evolved in to the leading Semantic Web organisation Talis, and in 1967 Dublin, Ohio saw the creation of OCLC.  Both in their own way having had significant impact on the worlds of libraries, metadata, and the web (and me!).

One of the obvious impacts of inter-library cooperation over the years has been the authorities, those sources of authoritative names for key elements of bibliographic records.  A large number of national libraries have such lists of agreed formats for author and organisational names.  The Library of Congress has in addition to its name authorities, subjects, classifications, languages, countries etc.  Another obvious success in this area is VIAF, the Virtual International Authority File, which currently aggregates over thirty authority files from all over the world – well used and recognised in library land, and increasingly across the web in general as a source of identifiers for people & organisations..

These authority files play a major role in the efficient cataloguing of material today, either by being part of the workflow in a cataloguing interface, or often just using the wonders of Windows ^C & ^V keystroke sequences to transfer agreed format text strings from authority sites into Marc record fields.

It is telling that the default [librarian] description of these things is a file – an echo back to the days when they were just that, a file containing a list of names.  Almost despite their initial purpose, authorities are gaining a wider purpose.  As a source of names for, and growing descriptions of, the entities that the library world is aware of.  Many authority file hosting organisations have followed the natural path, in this emerging world of Linked Data, to provide persistent URIs for each concept plus publishing their information as RDF.

These, Linked Data enabled, sources of information are developing importance in their own right, as a natural place to link to, when asserting the thing, person, or concept you are identifying in your data.  As Sir Tim Berners-Lee’s fourth principle of Linked Data tells us to “Include links to other URIs. so that they can discover more things”. VIAF in particular is becoming such a trusted, authoritative, source of URIs that there is now a VIAFbot  responsible for interconnecting Wikipedia and VIAF to surface hundreds of thousands of relevant links to each other.  A great hat-tip to Max Klein, OCLC Wikipedian in Residence, for his work in this area.

Libraries and librarians have a great brand image, something that attaches itself to the data and services they publish on the web.  Respected and trusted are a couple of words that naturally associate with bibliographic authority data emanating from the library community.  This data, starting to add value to the wider web, comes from those Marc records I spoke about last time.  Yet it does not, as yet, lead those navigating the web of data to those resources so carefully catalogued.  In this case, instead of cataloguing so people can find stuff, we could be considered to be enriching the web with hubs of authority derived from, but not connected to, the resources that brought them into being.

So where next?  One obvious move, that is already starting to take place, is to use the identifiers (URIs) for these authoritative names to assert within our data, facts such as who a work is by and what it is about.  Check out data from the British National Bibliography or the linked data hidden in the tab at the bottom of a WorldCat display – you will see VIAF, LCSH and other URIs asserting connection with known resources.  In this way, processes no longer need to infer from the characters on a page that they are connected with a person or a subject.  It is a fundamental part of the data.

With that large amount of rich [linked] data, and the association of the library brand, it is hardly surprising that these datasets are moving beyond mere nodes on the web of data.  They are evolving in to Hubs of Authority, building a framework on which libraries and the rest of the web, can hang descriptions of, and signposts to, our resources.  A framework that has uses and benefits beyond the boundaries of bibliographic data.  By not keeping those hubs ‘library only’, we enable the wider web to build pathways to the library curated resources people need to support their research, learning, discovery and entertainment.